by Phil Brown (UW Geosciences), David Liebl (UW Engineering), David Mickelson (UW Geosciences)  - © 2017
Built of glacial erratics the fieldstone wall at the entrance to Picnic Point provides visitors, students and others an opportunity to learn about Wisconsin’s geology. This key identifies the types of rocks and minerals visible in the roadside face of the wall, and discusses how these fieldstones came to be found in Dane County.

Extending along University Bay Drive on either side of the Picnic Point service drive entrance, a fieldstone wall faces the 1918 Marsh and the west campus medical complex. [ 43° 5.090'N, 89° 25.732'W]. Parking is available in Lot 130 [Lot 130 map]
In 1925 Edward J. Young purchased the 110 acre R.J. Stevens farm which included Picnic Point. The fieldstone wall and entrance gate were built along University Bay Drive sometime in the late 1920’s. According to Alice (Mrs.) Young, the rocks used to build the wall were hand picked from farm fields in the vicinity of Cross Plains. It is our good fortune that the masons who built the wall split the stones to create a flat roadside face, thus revealing the rock’s interior characteristics.

The panorama of the east arm of the wall indicates the location of the section photos that follow. Use distinctive specimens or patterns of stones to help identify where the sections end and begin. Examples of the types of rock and rocks with interesting features are circled and labeled. Following each of the five wall sections are detailed pictures of some of the more interesting rocks. A glossary of geological and mineralogical terminology briefly explains the characteristics of the rocks, with links to the Wisconsin Geological and Natural History Survey – Minerals of Wisconsin database.
Section 1 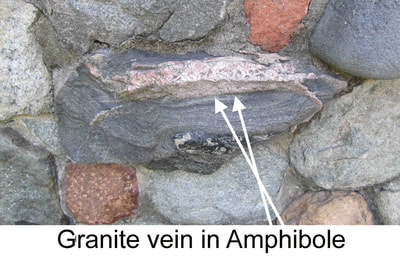 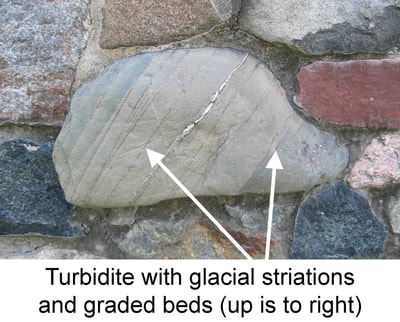 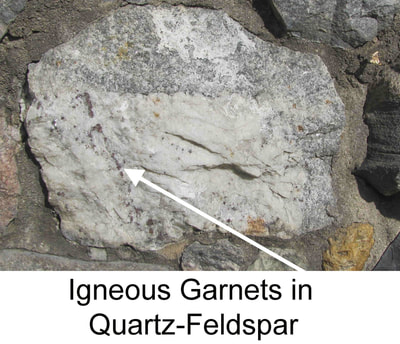 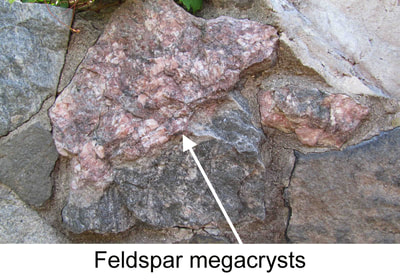 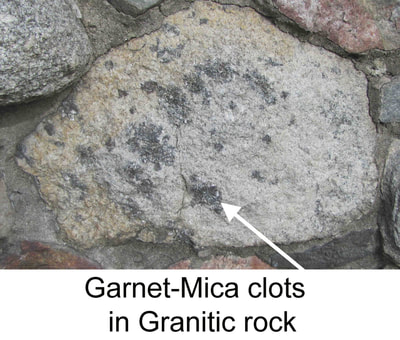 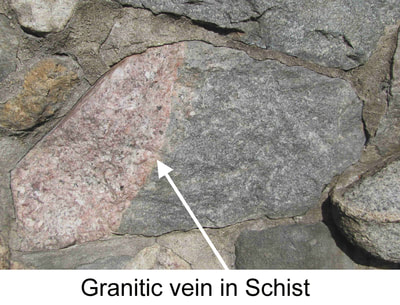 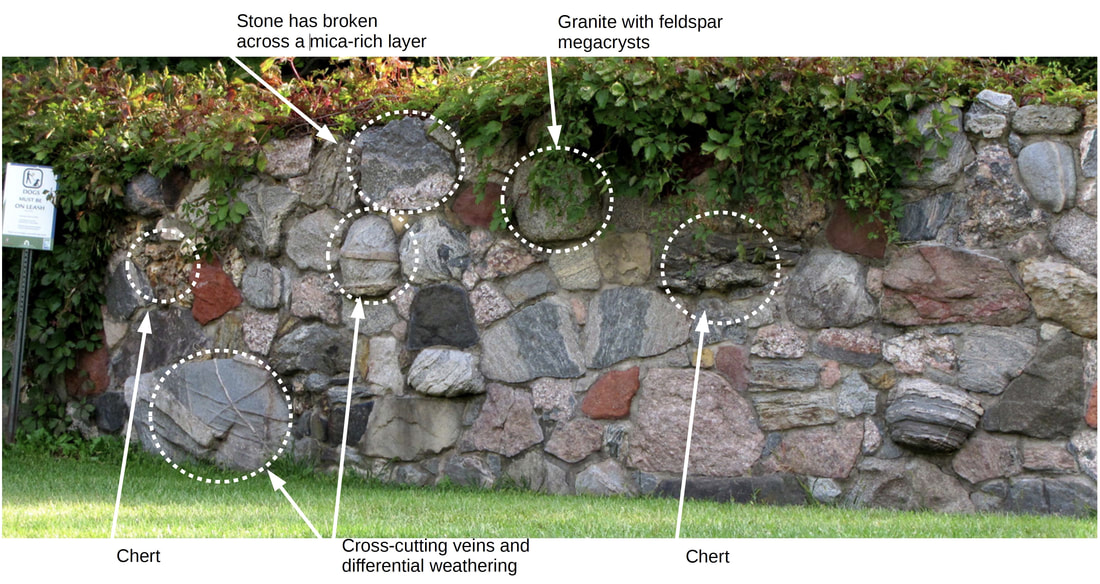 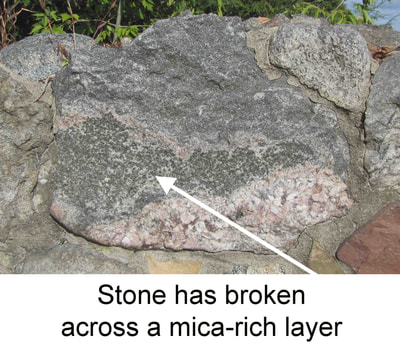 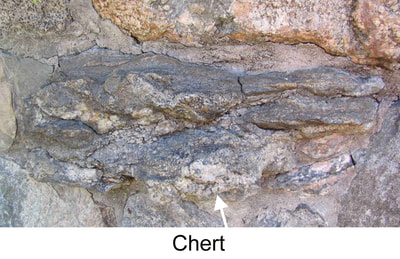 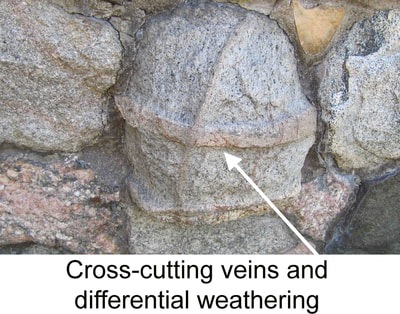 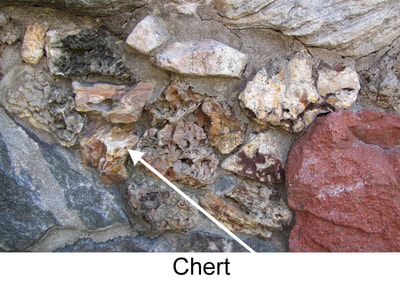 Sedimentary                Rock formed from the consolidation of layered sediments, fragments of other rocks,
plant and animal residues or chemical precipitation.
Chert                       Hard, extremely fine-grained quartz (SiO2). Formed as deposits in limestone and dolomite,
and may appear as nodules or in beds. Flint is a variety of chert. 480Ma
Dolomite                  A common carbonate rock primarily composed of the mineral of the same name.
Generally formed by partial replacement of calcite in limestone, forming dolomite.
Local bedrock visible on top of Eagle Heights Woods. 480Ma
Sandstone               Visible grains of quartz cemented together by silica, calcite or iron oxides. Hard to soft and friable,
it may also contain feldspar or mica, and is found in a wide range of colors. Originally deposited by
either water or wind. Local bedrock visible at the water line at Raymer’s Cove. 490-500Ma
Turbidite                  Sediment originally deposited by underwater slumps or landslides. The resulting layers vary
(grain size, composition) with distance from source. 1800-2300Ma