Early Heat Budget Research of Lake Mendota
The “flower pot”–heat budget project on the marsh farm was a test bed for understanding how sunlight, evaporation and air-land exchange of heat combined to explain the workings of crop-covered land. Just a stone’s throw away from the flower pot is a much larger “pot”, a basin of water, Lake Mendota, well-known for adventures of sailing and fishing and swimming, but it is still harboring secrets of how it functions to absorb heat in Summer, evaporate surface water, gradually cool in Fall, and then develop a layer of surface ice during Winter.

It’s unknowns had caught the attention of UW scientists from the universities very first year, 1848, when Prof. Sterling, physics, was charged with recording the dates of freeze and thaw of the lake ice, as well as taking daily meteorological observations from Observatory Hill.  In the late 1890s, Prof. Birge, zoologist and limnologist (and UW president in the 1920s – Birge Hall), initiated some of the first scientific studies of Lake Mendota: its flora and fauna, its currents and temperature, and the links between its physics and biology. He published an article on its heat budget in 1915 [Birge, E. A. (1915). The heat budgets of American and European lakes. Trans. Wis. Acad. Sci. , Arts and Letters,  18:166-213.].
This work was later spearheaded by Prof. Art Hasler, first a grad student at the UW in the 1930s and professor from 1941 until retirement in 1978. In the 1930s, limnological research was housed in the “Old Lake Lab” at the base of Park Street (the small brick building used for years by the Hoofers.) The present Laboratory for Limnology, completed in 1963, is located just west of the Old Lake Lab at the start of the Lakeshore Nature Path. For almost 50 years, Prof. Hasler spearheaded extensive limnological research both on Mendota and at Trout Lake in northern Wisconsin; he also gained international renown for his now classic research on the homing behavior of Pacific salmon.

When the Meteorology Department was founded in 1948, Professor Bryson also began lake studies, soon augmented by Prof. Ragotzkie who joined the department in 1959. In those years, a UW floatplane, equipped for science, was moored in University Bay, close to where the Limnos, a boat of the Laboratory for Limnology, is now moored. The plane was the platform for studying lakes throughout the upper Midwest and Canada (picture). 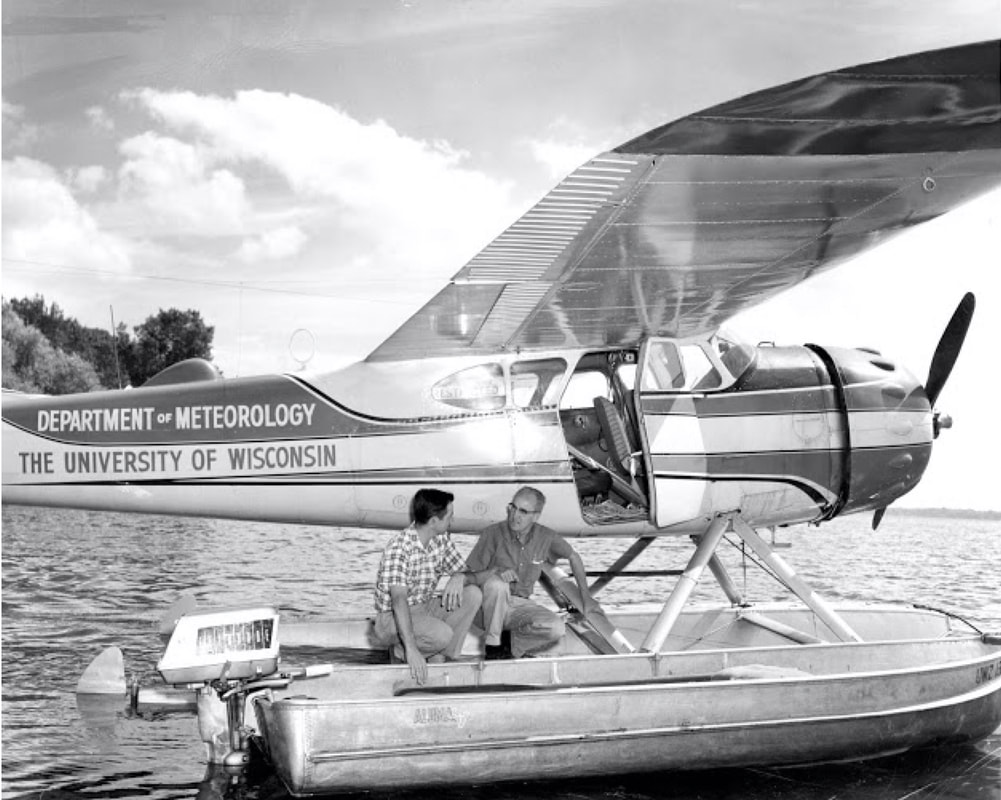